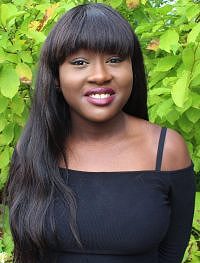 Aminata Doumbouya was born in Hamburg in 1995, but her parents came from Guinea to Germany years ago. She is an active member in the “Young Women’s Community” and also an organiser at Lessan e.V. aiming at sensitising the younger generation about FGM. She was a CHANGE Agents during the Change Project.

Maame Yaa Burmeister is 21 years old. As a CHANGE Agent she especially wants to support girls. Furthermore she is involved at “box-out” - managing aggression through sports. 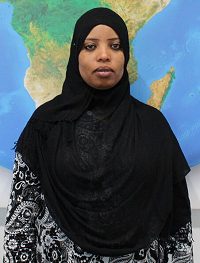 Abdiyo Adan Mohamed is 28 years old and moved to Germany in 2015. She recognises that women do not like to talk about FGM. She wants to motivate them to do it - to contribute to behavioural changes in the communities. 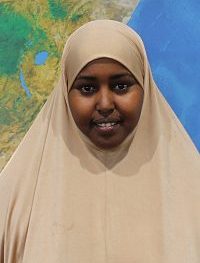 Fahria Ali Farah lives in Germany since 2015. She is currently 35 years old. She considers herself as a committed women. She has a lot of knowledge about FGM and wants to accompany the women in her community. 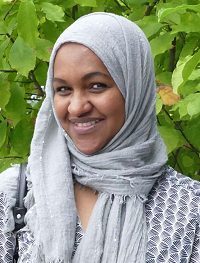 Binet Ibrahim was born in Ethiopia and lives in Germany since 16 years. She has a German Citizenship, is married and has four children. She has a lot of knowledge about FGM and wants to share it in her own and in other communities.

Musiru Zakari lives in Germany since 2001. He is a 44 year old Imam in the Islamic community Tawba e.V. In his position he is able to reach affected persons in different communities and support the fight against FGM