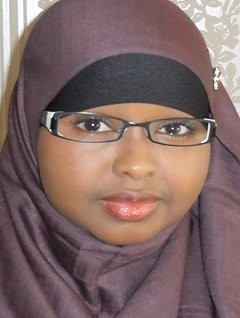 Ashwaaq Abdi, was born in Somalia and grew up in the Netherlands. She has a professional degree as medical assistant from the Nova-College and has experiences in working in different health departments. Currently, she works at a general practice in Haarlem. Moreover, she participated in the Replace Project (October 2010-April 2011) and CHANGE Project (2013-2015) as a member of the partner team of the Federation of Somali Associations in the Netherlands and gained extensive knowledge on the subject of FGM and its impact. The main reason why Ashwaaq wants to be our CHANGE Champion can be succinctly summarized as follows: she vehemently opposes FGM and due to her previous work for the Replace Project and for the CHANGE Project, she is convinced to be able to eradicate FGM and to promote behaviour change.