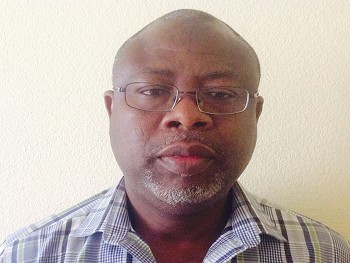 Youssif Ouro-Akondo was born on the 3rd of January 1960 in the town called Kpalime-kloto in the Republic of Togo. His parents moved to a town called Hohoe in the Volta Region of Ghana in February 1963. He had his basic, primary and Middle school education in Hohoe Albarka school and moved on to E.P. secondary school to pursue his secondary education. He obtained the SC/GCE O’Level in June 1979.
In March 1980 he left the shores of Ghana to Nigeria to further his education at Idolowu High School in Eko-Lagos where he obtained the SC/GCE A’ Level certificate in 1983. In April 1984, he went to pursue a career in Interior designs and decoration with an Italian company- Krammer Italo in Lagos- Nigeria. He worked with this company till 1990.

He left the shores of Nigeria for the Netherlands in 1992 December and was living in Amsterdam ever since. Youssif decided to join the campaign against FGM due to his childhood experience, where he witnessed two young girls bled to death due to the FGM. He also had some training about FGM from FSAN.