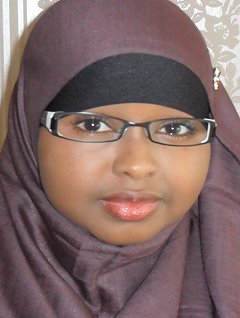 I organised a lunch with four Somali mothers. In the invitation, I deliberately told them that I want to discuss FGM in order to avoid confusion and misunderstandings and to create a good atmosphere. At the beginning, I briefly informed them about the project, told them how I came into contact with it and explained the purpose of this conversation.

Furthermore, I raised questions that had been prepared beforehand. I started the discussion by asking them what they thought about ‘female circumsision’. I noticed that they had different opinions about the various types of FGM. The participants felt that parents ‘circumcise’ their daughters with good intentions and that they do not mean to harm them. In addition, they said that FGM has nothing to do with faith and is mainly considered a tradition. We talked about possible ways to deal with the social and family-related pressure to ‘circumcise’ girls. Afterwards I explained the different types of FGM, the health consequences and the law in the Netherlands. Furthermore, we also explored some key aspects in the struggle to end FGM, for example: the role of the government and law enforcement, the role of the CHANGE Agents and of key professionals. At the end of the session I thanked everyone for their participation and input and informed them about our next behaviour change activity. I told them that I would bring some material in the Somali language and asked whether they could pass it on to their families and friends.

At my second behaviour change activity I met the same group of Somali women in the home of one of the participants. Whilst evaluating the previous behaviour change activity, some participants immediately reported having talked to their families, friends and neighbors about FGM. Then we discussed the question, how mothers can visit their country of origin without endangering their daughters to have FGM performed. I handed out information about the harmful nature of FGM, encouraging taking the documents home and on holiday to their country of origin. This led to considering the effects the leaflet might have in Somalia and what to do if the family still wanted to force girls to undergo FGM. Also, legal consequences awaiting the mother if she returned to the Netherlands with a circumcised daughter were discussed. I had the impression that the women were encouraged to think about various issues around the topic of FGM and to talk about FGM with their family and friends.